In this episode of The Alternative Sport Matthew Connell and Andre Dixon speak with English cricket commentator, television and radio cricket broadcaster Isa Guha about ‘The Hundred’ an eight team competition with men’s and women’s team playing side by side throughout the summer, in what is the summer’s must-see event. 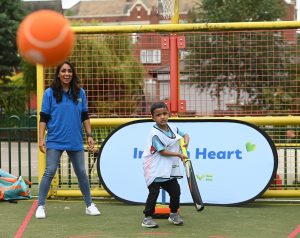 Ian Bell and Isa Guha were speaking at the Birmingham leg of the LV= Insurance ‘In With Heart’ Tour, which showcases recipients of #Funds4Runs grants, a £1m joint initiative between the ECB and LV= Insurance to support grassroots cricket recover and rebuild following the pandemic. For more information head to lv.com/gi/cricket

Written By
Alt Sport
More from Alt Sport
Jorge Masvidal is one of the most dangerous fighters in the UFC....
Read More

Aaah aren't they pretty 😍?! Have a look at our

Make sure you hear all the best bits of #2022 with

2022 is already making us smile! @shakeshackuk is

Find out how you can stick to your annual #dryjanu

Make sure you keep your #veganuary promises this y